In this blog, I’m going to attempt to pack the two things I think about all the time into one tidy package about the future of our communities: schools and climate change.

A motto we use (not very much but enough that I’m going to say it’s our motto) here in Chicago is “A school in every neighborhood, a garden in every yard”.

We’ve been talking about the connection between the education system and sustainable community transitions for awhile now and it makes sense to us that we should be working with schools, but mostly because schools are a resource to get more kids involved, not because we recognized why the schools need us. But as times in education shift, it’s becoming more clear why schools and community-based environmental groups need each other.

In Chicago right now, we’re in the midst of a battle for public education. It’s the modern apparatus of a 200 year movement for public education that includes the fight of slaves teaching their children to read and black organizers building freedom schools during the Civil Rights movement. But now, as the bloody hand of neoliberalism claws at one of the city’s (and country’s) last remaining public institutions the ground is being laid for a huge community uprising.

In March, the Chicago Board of  Education will release its list of school closings. So far there have only been rumors and small leaks from the Mayor’s office, but predicted numbers have been around 100 schools.

You may be thinking: “how can they close that many schools?”,  “How many schools are there even?”, “Where will all those kids go?”, and “WTF? Thats the most stupid thing I’ve ever heard”. Closing 100 schools would be almost 1/4th of Chicago Public Schools. The city claims that many of the schools are “underutilized”. Ask a teacher in CPS if she or he agrees and you’ll see that the numbers they use to calculate “underutilization” are black magic compared to the real experience of people in the district. Despite justification by means of “underutilization”, they only have plans to open more and more charter schools in the city.

The public education movement, like the environmental movement, is a fight with some of the richest people in the country. (Bill Gates now gives more to charter schools than the federal government gives to public schools). Like with most unequal fights, we need to look at the good news to stay hopeful:

1. The mayor is scared. The City was supposed to release the school closings list in December and delayed releasing it in hopes that with less time, communities will be less organized to fight them. 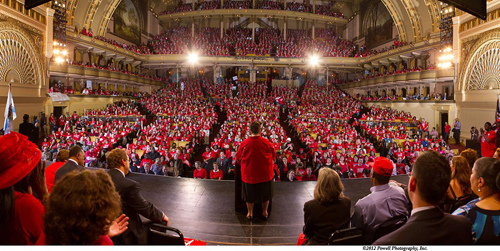 2. The Chicago Teachers Unions (ALL HAIL THEM) is super badass and progressive and a beacon of freedom, joy, and fierce dedication to neighborhood schools, despite these dark times. They are also really amazing at community organizing. Its not teachers vs. the mayor. Its teachers and parents and neighbors protecting our schools.

3. Because we’re talking about schools–and basically everyone agrees education is important–there is great potential (and reality) for grassroots mobilization. Woo!

So why is this relevant to our Children’s Garden program and others like it around the country?

If the richest people in the country are investing in for profit schools with hopes of replacing public schools, then this fight has to be many layered (like an onion!). Our role as an after school and summer program is to support those schools that are in struggle and support these students by offering them creative, inquiry and community based spaces, as opposed to the corporate model that is taking over their education. If we can teach gardening while at same time offering kids a place to expand on the skills they are learning in school, then we are supporting their overworked teachers. If we can teach kids new skills, while at the same time getting to know their parents and building relationships so that when the time comes to mobilize for the schools (or for community gardens and clean energy), we’re all ready, then we are supporting the future of our shifting communities.

I hope this blog is proving relevant for every solutionary reading it, because its important to know that public schools are under attack all over the country and Chicago is just one stormy epicenter. Of the 30ish kids that attend our garden classes, most go to the neighborhood public schools (the others go to Rogers Parks three new charter schools hissssss). The public schools, mimicking Rogers Park’s diversity, range from “excellent” to “failing” schools and there is a pretty good chance come March, one of our schools will be on the kill list. 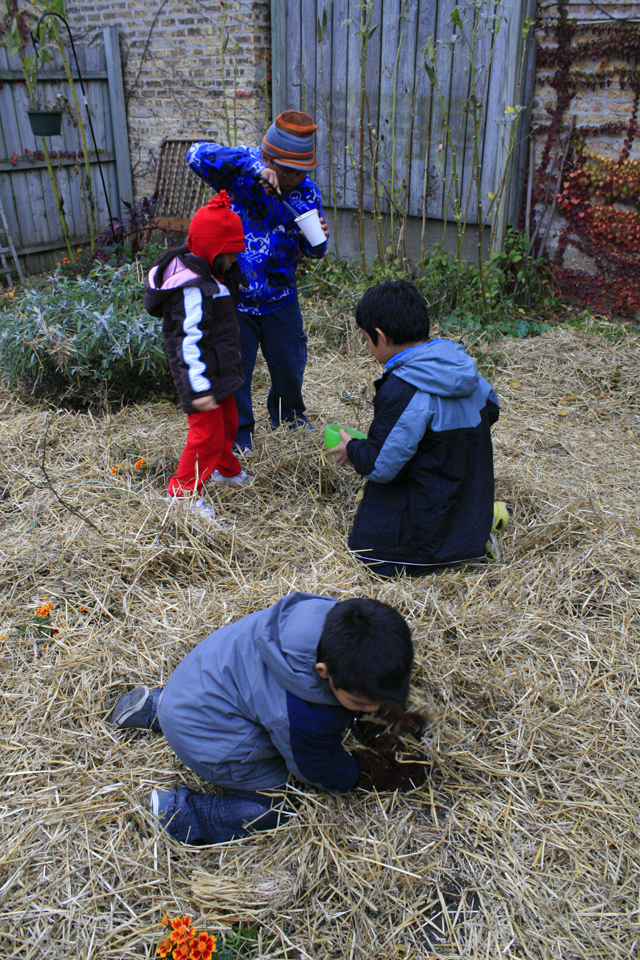 The convergence of the environmental and education movements can happen in school and community gardens, science and social studies classrooms, after school programs, and for high school students, it can happen in Summer of Solutions programs around the country. After all, both movements have a key focus on generational/the children are the future/we are the future change and the battles are being fought now.

1 thought on “Education for (Environmental) Liberation”