Down in the basement of the St. Benedict’s Auditorium, a change has taken place. Two new cubicles went up, a huge amount of drop ceiling has been removed and the ceiling repaired with screws, drywall, mesh, and joint compound. The lights are suspended from chains, the twisted old wire has been scrapped. The kitchen has been cleaned and organized. Recycling has been taken away. A tremendous amount of chairs, heaters, and furniture belonging to Northpointe Academy have been organized away into closets, and the makings of a computer lab are growing in their place. 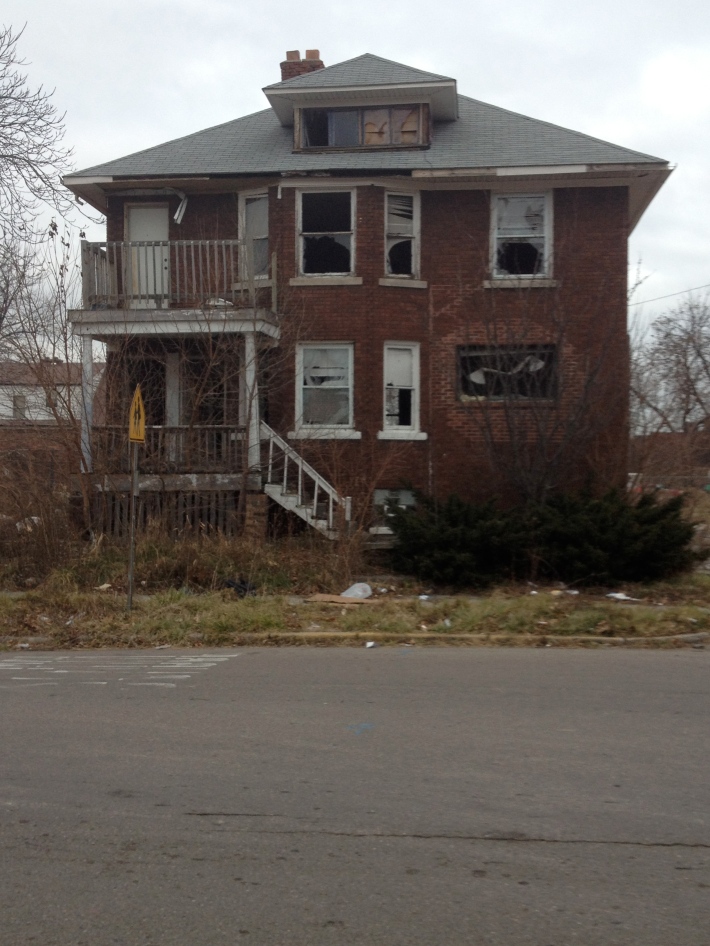 Outside, the house on John R. Street, adjacent to the alley between Candler and Ferris, has undergone a tremendous change. The piles of trash in front and beside it have been removed. A dumpster’s worth of debris, dry wall, shattered glass, and old insulation have been removed, leaving the inside of the house open for analysis and further work. The broken windows have been boarded and secured. The address, 16132 JOHN R, has been painted on one door, and a window board now reads COMMUNITY POWER, spotting a small sun. 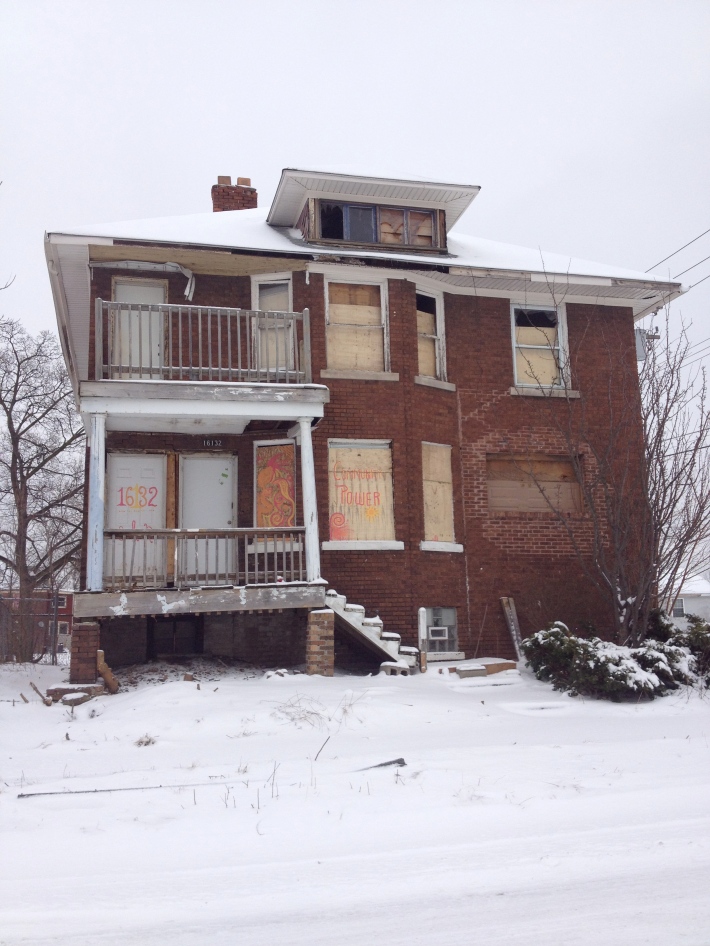 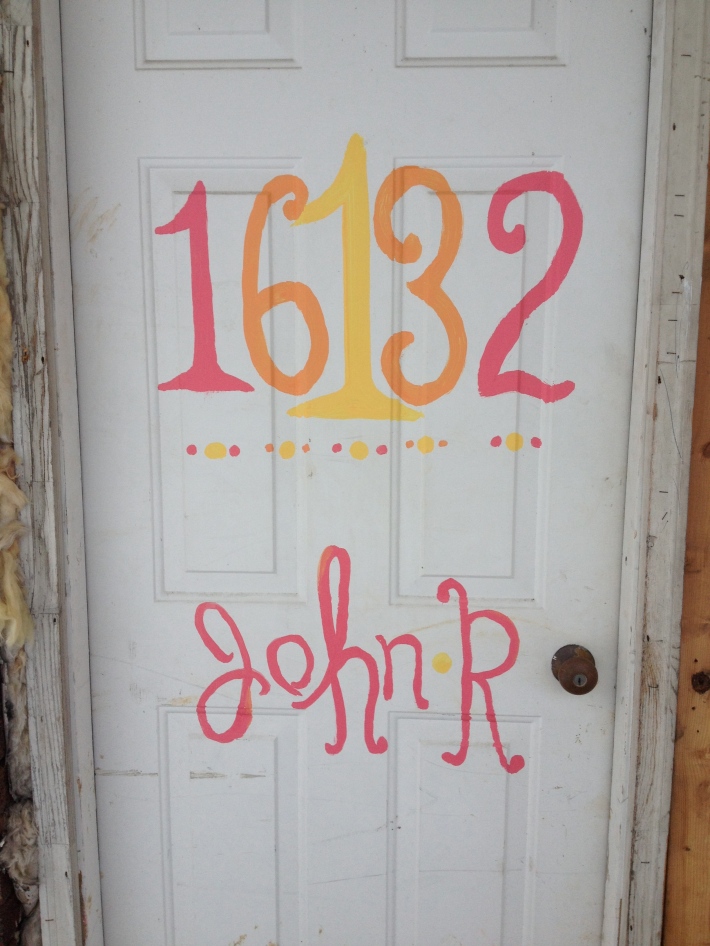 Half a block down at 116 Candler, the hexagonal plots of the community garden have sprung raised beds dividing them into triangles. The playground across the street has been tidied. The tears in the hoop house have been fixed and the difference in temperature is noticeable. Inside the house, years of recycling have been bagged and removed. The basement has gone from a cluster of junk to an chaotic, but orderly assembly of potential parts for projects – pipes, toilets, heaters, fans, tools. The windows of the upper, western unit have gained caulk and window kits, and it now holds heat.

I’ve noticed that ideas require space. Like seeds, they have potential energy, but need the right ground to grow in. The composition of the soil, shading, the other plants growing nearby, all contribute to whether the plant will grow, blossom, and thrive. Ideas, no matter how developed they are, can still blow away if they aren’t rooted somewhere that reflects their needs. A lot of ideas have developed this fall – a power-purchase solar provider, Soulardarity, the office space, the John R. community space, the demonstration site at 116. They now have better soil to root in.

This past month, 14 students from Oberlin came out here to live in St. Benedict’s rectory. I knew some of them, got to know others. It’s never failed to astound me how large tasks break down exponentially when a crew of people works together on them. Things got done before I even knew what the next thing to do was. I’d advertised the Winter Term as a work project – we’ve got a lot of things to do, and we need a lot of people to do them. But it turned into more than that. As we encountered the difficulties of working in Highland Park – lead paint, asbestos, lack of financial resources, muddled lines of communication, tension between outsiders and Highland Parkers – the group became more than workers. We were living as a co-op, cooking, food buying, and making collective decisions, and in this situation people became invested in their work. Aside from the manual labor, we ran a successful Indiegogo campaign raising $1,210 for materials, organized a community meeting of folks we’d met over the course of the month, had numerous discussions on the futures of these projects and the place of outsiders, and, most importantly, worked hard to create space for people to return for the summer and continue.

Through our work on the John R. House, we met Dennis, who’s run galleries in LA and Belgium and worked construction for years. He’s recently moved in just a few blocks north on John R., where he’s rebuilding several houses. Cameron, a long-time Detroiter working on construction projects on the West Side and Downtown, an advocate of vegetarianism and herbalism, and a student in approximately eight schools of martial arts. Tony, a construction worker and chess player who’s spent decades in prison, and spent most of that time developing his ideas around the potential of chess, to teach kids in Detroit how to think six moves ahead and consider the full consequence of a decision. Auntie Nae, who’s been operating a house in her neighborhood since 2000, a house her family’s owned for six generations, a place where anyone who needs it can have a warm bed for the night and the protection of her neighbors. Her condition is that any child in there must read while they stay. If she gets home and you haven’t read a book, there’s gonna be trouble. We spent two days of our last week here cleaning out her house, meeting the folks on her block, and finding relics of this city’s past life. 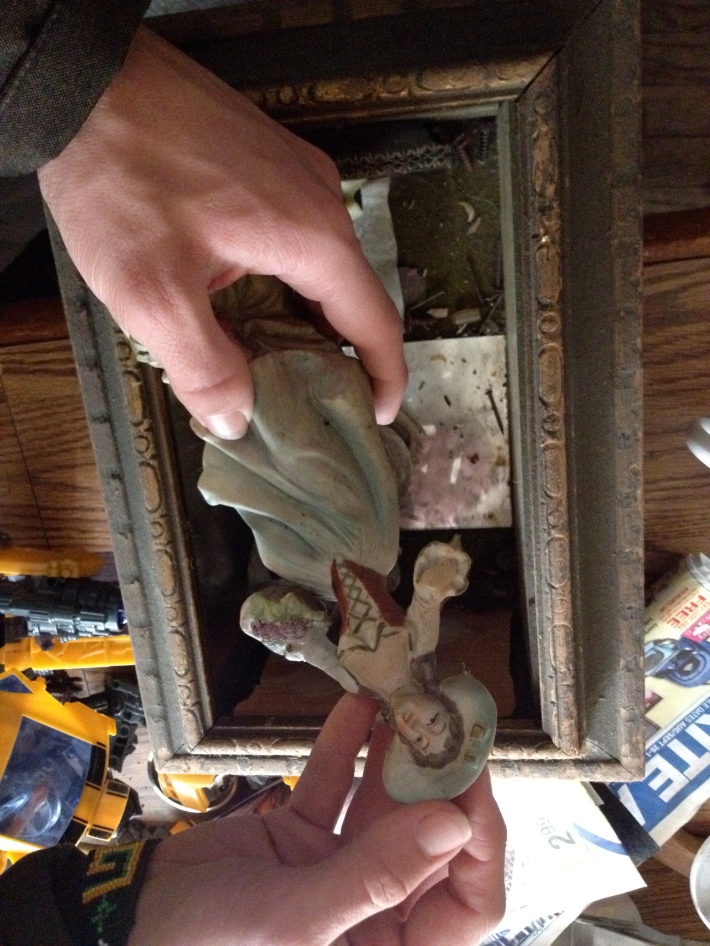 This month has confirmed for me a certain faith I have that people are more similar than they are different. Highland Parkers and Oberliners have more in common than either is aware of until they’re in the same room, talking about how they’re going to solve a problem. Highland Park’s history is buffeted by foreign forces. From Ford, whose historic influence is well known, to Dutch Elm Disease, a bug carried across the sea which destroyed the resource that once earned Highland Park the title ‘City of Trees’, it’s a place that’s grown wary of newcomers. We tilled some soil and planted some seeds this month. Now comes a moment of truth – if, in the absence of 14 metaphorical (and actual) gardeners, they are able to sprout.