I’m sitting on a beach in South Carolina. It’s been three days since leaving August Gathering. My grandma is inside, watching TV with her caretaker. The horizon line is an extended blur in the haze, somewhere between the dark water and the dark sky. I’ve seen two shooting stars. 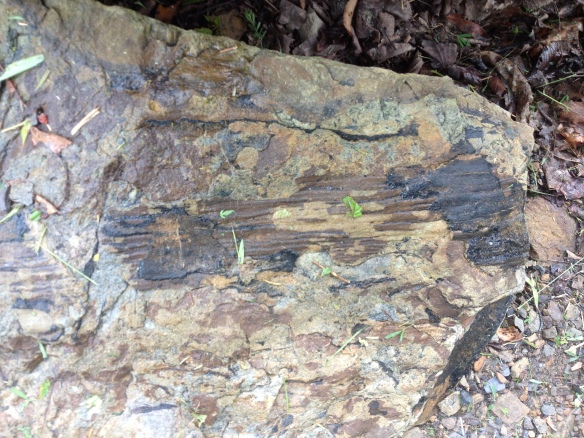 I’m having that odd realization that the things I’m seeing – stars, the ocean – exist on a scale beyond imagination. Somewhere across all this wind and water there is another mass of solid land. Quite possibly, someone else is on the edge of that mass, looking towards ours and wondering what it’s like over here.

There isn’t much intrinsic different between where I’m sitting and any point in the countless miles stretching out to the east. There’s still a landscape, a variety of life, exchanges of energy. The same laws still apply – at least those that govern the functionality of matter. Its only the laws of humanity that change over all that space, and its only to certain species that such a space holds such a specific capacity for wonder.

Since the day I was born, I’ve had a notable inability to swim for extended periods of time, or get oxygen into my lungs by ingesting water. Because of those qualities, which I think a great majority of human people share, the enormity of the Atlantic Ocean has a different quality than that of Kayford Mountain. A mountain is something on which we can stand. It’s a testament to the longevity and stability of the conditions in which we survive. But though it’s too dark to see out to the horizon line, I know that there’s nothing in sight on which to hang much certainty. I know that a few miles out, that will be no landmarks save the stars, which are even farther removed from me than the deepest oceanic trenches. The waves will be bigger and the distance between people I love and myself will be farther. But there’s land on the other side, and its possible to reach it with a boat, a compass, supplies, and of utmost importance, a plan.

A giraffe, watching over our gathering

Soulardarity starts paying salaries in September, and this feels to me like stepping out into some sort of infinite abyss. Think of an astronaut in the moment when the countdown hits zero. Sure, you’ve got a space suit and a bunch of other gadgets most people never get to touch. Sure, hundreds if not thousands of people have been working tirelessly to ensure that your trip goes smoothly. But until the fuel cells peel off in the stratosphere, they could explode at any moment. Until you round the moon, your trajectory could still spin off into infinity. Until you remove the helmet, back on solid ground, every breath is penultimate. The only way to de-abyssify something is by stepping out into it, and no matter how well you calculate that step, it will still contain that primeval fear of those things you cannot know.

View from Kayford – The Appalachian Rainforest

Grand Aspirations’ August Gathering brought me into back into a familiar headspace – the sense of being a part of something larger than myself. Soulardarity is crossing its ocean alone, but there’s comfort in the knowledge that there are other oceans, and other people staring at the same distant points of light and finding their way across.

The image of a mountain, leveled, is hard to hold in your memory. Even harder is the recognition that there are people who see it every day, whose livelihoods are tied to that process, or whose lives are dedicated to resisting it. And much as I sometimes feel like I ought to stay in West Virginia, forever, it’s not my place. I’ve got different oceans to cross. 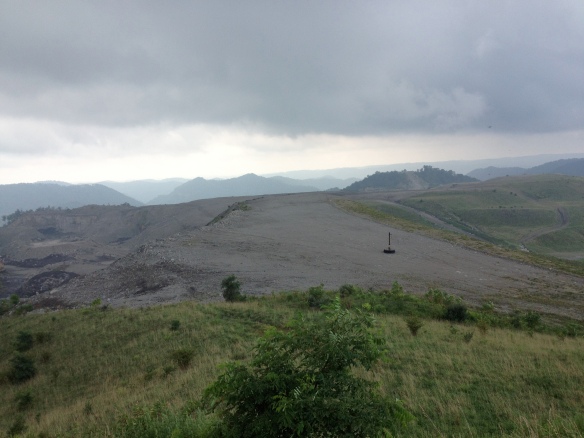 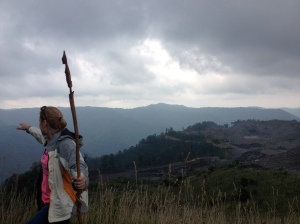 On my way down here, I stopped in North Carolina to visit a friend who just transferred to a new school. The people I’ve met in the last few days have returned to their unique lives and challenges. Each of you has a reason for being where you are, doing what you’re doing. Your reasons are a reaction to your experience in the world, and they are exactly as valid as mine, so I wish you luck.

A character in The Brothers Bloom says a thing that’s stuck with me:

“There’s no such thing as an unwritten life, just a badly written one.”

So it comes as no surprise to me that my grandma put one of the earliest models of a solar heating system on her house in Bristol, a fact I learned only recently, and she still expresses bewilderment that we barely use the energy raining down on our houses every day. She’ll tell me this story with detail and precision, then forget my name, then laugh about it. I get the sense that she’s crossed her share of oceans (after all, she was advocating for renewable energy in the 1950’s), and she’s not about to embark on any more.

I hope that everyone else at the August Gathering left with a sense of what their next chapter will be about, a new tool for the next sea journey, or the strength of knowing that others are out there, doing all the things you don’t have the time or the know-how to do. After staring at the stars for a while, I stood, walked down a narrow sand pathway and up onto the walkway, entered the gate code on the key pad, walked past a thirsty lawn and a heated, empty, lit swimming pool, and walked into the condominium, where I opened this computer and applied to be on the national Advisory Council.

For those of you who are already a part of Grand Aspirations, whether I’ve met you yet or not, I’m psyched to be working in solidarity with you.

And if you aren’t, but you believe in helping people cross oceans: same goes.