All good things must come to an end, and the Community Organizing grant from Grand Aspirations is no exception. But to quote another piece of folk wisdom, as one thing ends another begins, and that Soulardarity is very nearly prepared to launch into a fundraising campaign for a community-owned city-wide infrastructure project (and, hopefully, pay salaries) is evidence of this statement’s truth. 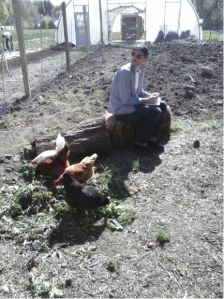 Since September, we’ve come a long way. I’m a member of the pilot year of the LeadNow Fellowship, a program of SustainUS, an international youth advocacy group for sustainable development. They launched the program to connect their work to local initiatives and create a network of young people interested in sustainable development. Brandon Knight just received a fellowship from the National Wildlife Federation’s Emerging Leaders program in the Clean Energy Solutions track, the focus of which will be supporting Soulardarity’s development of a fundraising strategy and training opportunities through the installation. Brandon works with Kyle Wohlfert, another founding member of Soulardarity and current treasurer, at ZeroBase, designing compact solar products for remote usage – perfect for farms and remote villages with no electrical access. 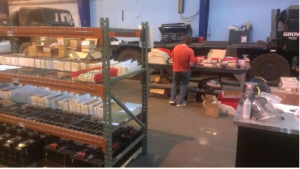 AJ, progenitor of the solar streetlight initiative, is in the planning stages of the next Assembly Line Concert, to be held in Highland Park this fall. This concert will break his previous Guinness World Record for longest continuous concert, by running for 16 days and 16 hours. He’s holding open mics at the Victor St. garage, the site of Soulardarity’s first installation, to build groundswell. He’s driven by the streetlight almost every night since the installation, and reports that it’s been shining dutifully every time. 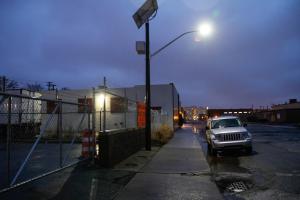 Soulardarity is ready to go to the next level. We’ve developed a Streetlight Plan, a write-up of the project’s goals and timeline, and a petition of support for the project. Creating these came out of a combination of research, feedback from our friends and supporters in Highland Park, and, on my part, long drives through the city mapping bus stops, schools, places of worship, and the locations of the streetlights remaining in the city.

As of late, we’ve been taking the project out of our computers, our brains, and our conversations through community dinners. We held our first at the Moon Ministry, a HP non-profit located on Avalan St., on the first Friday of May.  Shu Harris, who is also a member of city council, welcomed us into her combination home, store, and spiritual healing center to eat a home-cooked meal and talk about the project so far. We’ve held two more dinners since, at Faith Tabernacle and Nandi’s Knowledge Café. We’d like to extend our thanks to Nandi and Ms. Johnson, who also worked with us to get these dinners off the ground, and to the Highland Park United Neighborhood Association for helping to get the word out.

The Legacy News, Highland Park’s city newspaper, has printed a few articles on Soulardarity’s work. For that we thank Ms. Margaret Lewis, who’s been a kind and generous resource of knowledge from 33 years of living in Highland Park. She’s also printed a write-up of the first Highland Park SOUP event we held at Nandi’s Knowledge Café. HP SOUP is supported by Detroit SOUP’s neighborhood expansion program, which helps neighborhoods start their own SOUP events to fund their neighbors’ initiatives.

What’s been happening lately can be summed up in a word: conversation. In the last month, I’ve talked with two members of city council, a vast number of business owners, head of HP’s Department of Public Works, Detective Holcomb at the Highland Park Police Department, and a wide assortment of business owners and residents. The conversations have challenged our original ideas about the project, raised new issues, and resolved old ones. It never fails to amaze me that the leadership of HP is so accessible and receptive to new ideas. On the one hand, it’s a function of a tight city budget that makes neighborhood initiatives desirable. On the other, it’s the function of a small-town mentality in which everyone seems to know everyone. 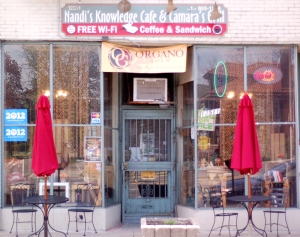 What’s troubling about these meetings can also be summed up in a word: trust. One woman described latching and unlatching six locks every time she comes in or out of her house, which she started doing after it was broken into (they didn’t find anything worth taking, thankfully). And while some people have passionate, positive responses to community ownership, others look at me like I’m crazy for thinking that Highland Parkers could ever be relied upon to pay even as small a sum as $5 a year for streetlights.
Their concern isn’t the amount itself, but the idea that a city of people who’ve learned time and time again that change only runs downhill can actually come together to repair their city.

The main roadblock to our goal is also one word, albeit a hyphenated one: Buy-In. Say we get $30,000 in annual dues from the City, schools, and business community. At our current estimation, we’ll need about $50,000 in annual dues to cover the costs of maintenance. Highland Park’s population is dipping down towards 10,000. If 1/10 of those people become members, that’s $20 per person. If 10,000 people become members of an infrastructure coop, it comes down to $2 per person. If it’s 5000 people, it comes down to 5.

Essentially, this is just a rendition of The Prisoner’s Dilemma. If you’re not familiar, it’s a very simple Game Theory situation, which goes as such:

Two criminals have been captured after committing a crime, to which there are no eyewitnesses. They are being interrogated separately. If one confesses and the other does not, the one who confessed receives a lighter sentence and the other goes away for good. If both confess, they both receive light sentences. But if neither confess, they cannot be prosecuted and go free.

Game Theorists play this game with people to see if they are more inclined towards cooperation (which yields a better result for everyone, but poses more personal risk in the form of the life sentence), or individualism (which guarantees a better result for yourself, but removes the best option, freedom). When prisoners are given the opportunity to communicate with each other beforehand, and the more accurate information they have about the consequences, the more inclined they are to trust each other, cooperate, and stay silent. But without any knowledge of the other person’s decision, they will often choose to confess and protect themselves.

Highland Park definitively suffers from a lack of trust. And the streetlights are tied into this problem. Whether the danger is there or not, the perception of it effectively destroys the nighttime social dynamic of the city. Through the summer afternoon, Highland Park has the best porch culture I’ve yet to experience, but the sunset abruptly sends people into their isolated homes. Add to that a history of being lied to, economically taken advantage of, politically disenfranchised, being in constant danger of crime and ignored by the mainstream media, and you’re got a bunch of people with a lot of good reasons to not be trusting. And while the small-town politics of HP make its leaders accessible, it also blends the personal and political, making any alliance a potential part of a family feud that can take the best intentions and turn them backward

We need to $1.5 million for the install, but money isn’t the hard part. Financial resources can always be generated. It’s the faith in the project that will generate it though, which requires breaking down trust issues and creating a space in which trust can grow. The community dinners we’ve had of late have highlighted the problems we’re facing, and leave me hopeful that they can me solved. 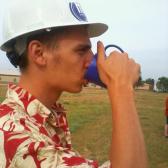 Author: Jackson Koeppel is a program leader for Soulardarity, a Local Initiative in Highland Park, Michigan that works to install solar streetlights in neighborhoods where they have been removed due to city budget cuts.